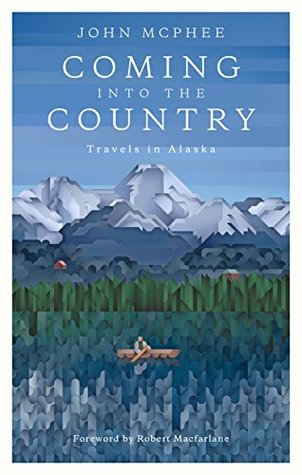 It’s said that Coming into the Country is one of the finest books on Alaska and wilderness ever written. That may be true, but I wouldn’t know as this is the only book on wilderness I’ve read. I picked up this book from The Tim Ferriss Show podcast episode with David Heinemeier Hansson.

At the outset, one likes the literary style used by McPhee to describe complex sceneries and wildlife. The detailing is so vivid that one wonders if the author was taking notes every minute of his stay in Alaska. Perhaps there’s an element of fiction in this nonfiction work, one continues to ponder. The fact that McPhee is considered a pioneer in creative nonfiction writing probably solves this puzzle. I discovered this fact after finishing the book. As an aspiring writer, there is much to learn from McPhee’s mastery of describing everyday objects and extraordinary stories with the same panache that makes them sound entertaining.

The book is divided into three parts — expeditions in the wilderness (around the Brooks mountain range), life & politics in towns and cities (Juneau, Fairbanks, Anchorage), and stories of settlers in the wild (in and around Eagle and the Yukon river). Each part approaches Alaska with a different theme, tonality, and sentiment.

I was amazed to discover in part 1 that Alaska is not all that white all through the year. In part 2, it was enlightening to know the differences in the attitudes of villagers and townsfolk, and the power struggle ensuing from statehood and the construction of Trans-Alaska pipeline.

I had mixed feelings about part 3 where McPhee tells the stories of people with roots in the “lower forty-eight states” who have adopted Alaska (come into the country) as their new home, and of the indigenous people, their modernization, and attitude toward the government. A handful stories of capitalistic Alaskans provides some contrast, but the last part of the book is mostly dominated by isolation-loving folks who wanted to live a life of self-sufficiency away from civilization. Trappers, hunters, fur traders, nomads, Indians… you’ll find them all in there. To be honest, I enjoyed the initial few stories but after a while, the narrative became repetitive and redundant. It made me a bit impatient, wanting to finish the rest of the book ASAP. I even skipped a few pages, something I never do.

All in all, it’s a good book to learn about a very different part of Earth — its climate, wildlife, culture, habits of people, civilization, etc. I had never read such a book before, so it took me more will and effort to read it till the end. Maybe people with excellent reading skills will cruise through this one much better than I did.