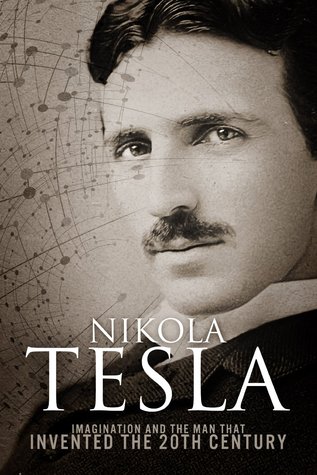 This was probably the shortest book I’ve ever read, less than 50 pages.

The book is equally about the importance of imagination as it is about Tesla and his discoveries. I wanted to read this book primarily to learn more about Tesla. I had heard a lot of people rave about him and how underappreciated he was. In fact, I got a glimpse of this in the movie ‘The Prestige’ where Tesla (and his ‘magical’ machines) makes a cameo along with hints about his dispute with Edison.

The book starts with the author presenting their views about the criteria for success. A lot of the ideas seem inspired by thoughts expressed in earlier works such as Outliers: The Story of Success. It didn’t hurt to revisit these motivating thoughts. You’ll find my favorite quotes marked here:

Anyway, as I said earlier, my motive was to learn more about Tesla. The book chronicles his early life, successes, failures, and disputes in a way that covers all major events. But some of these events, especially the ‘mystical’ ones are glossed over without many details. I think there was an opportunity to cover at least the major events in more detail. A 100-150 page book would still be a quick read.