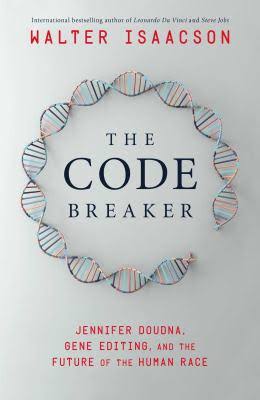 This is the second Isaacson I read in the same year! Issacson nailed this one as much as he did The Innovators: How a Group of Hackers, Geniuses and Geeks Created the Digital Revolution.

The book tells the story of CRISPR and related biotechnologies used for gene editing. Although the story revolves around Jennifer Doudna and a handful of other central characters, the author has made commendable efforts in tracing the origins of CRISPR discoveries a few years before Doudna’s famous CRISPR-Cas9 system was first published, yet again highlighting that innovation seldom comes from a single mind but is built upon existing ideas. It’s a gripping tale of a race for scientific discoveries with drama directly out of a blockbuster movie plot.

The two things that really stood out for me were:

Sure, there’s some unnecessary repetition. But mostly repetition has been used as a device to remind readers about a previous discussion and help in memorizing important stuff.

I think Isaacson is a great historian with respect for accuracy and a flair for the dramatic. This potent combination makes his works not only readable but also thoroughly enjoyable!