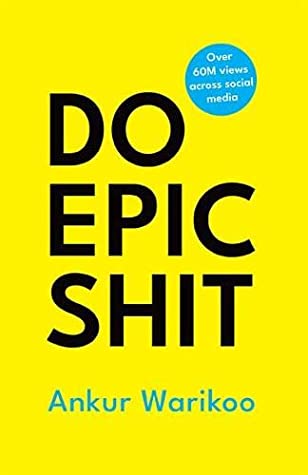 I like Ankur Warikoo. I discovered his videos not long ago when looking for some investment advice. I found his videos well structured and easy to consume. Warikoo comes across as a decent guy with an honest and relatable voice. I eventually discovered on his YouTube channel about his new book. I wasn’t excited to buy it right away as I already had my to-reads sorted for this year.

But when I received it as a gift from a dear friend and realized it would be a quick read, I moved it up on my list. It was not worth it.

Most of the book feels like a series of unconnected notes that Warikoo probably scribbled in his journal after reading some good books. The rest of the book is a summary of his published videos. You may think I’m being harsh given the author recommends reading a page a day for daily inspiration, not unlike Ryan Holiday’s The Daily Stoic: 366 Meditations for Clarity, Effectiveness, and Serenity. I’ll counter by saying that even a page a day may not be enough since most advice is commonsense or more applicable to Warikoo’s unique context. That isn’t saying there’s no good in the book. I ended up highlighting at least three dozen ideas, which is why I don’t think it deserves a bad rating.

The part that I really liked was his thoughts about his relationship with his parents and children. I found it relatable with my upbringing. His letters to his son and daughter are superb. For new parents, it’s gold. These are the values I’d like to impart to my daughter.