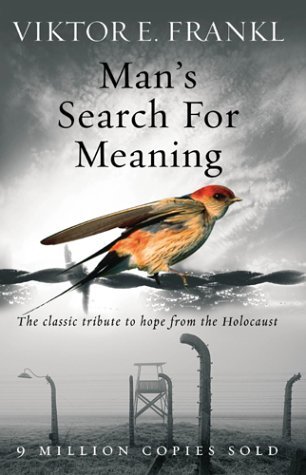 Philosophy and human psychology can be dense subjects. Any good philosophical question, assumption, or observation holds power to force the reader to think and re-think. What if a book is loaded with such statements? The result, in my case, was a deep introspection.

Man’s Search for Meaning tells the story of a neurologist-turned-psychiatrist who survived the holocaust because of this steadfast belief that his life—miserable and pathetic as it was in a concentration camp—had a purpose. The book is divided into two parts – the author’s experiences and learnings in concentration camps and an overview of a new framework of psychology he developed as a result. He calls this new system “Logotherapy,” which is based on exploring the meaning of life for a person receiving psychotherapy (logos in Greek stands for meaning).

The book’s first part is certainly not for the faint of heart. Such a vivid description of life in concentration camps (Auschwitz and Dachau) is sure to evoke disgust and sympathy. After reading Frankl’s account, the life of a criminal in prison then appears “luxurious.” I must add that the author’s focus in part 1 is not to boast how much of a hero he was but what he learned from the experience of any value to the field of psychiatry. At a time when it was hard to have beliefs and focus due to living like a maltreated animal, he believed that his learnings might one day help others see their sufferings as meaningful and derive a purpose out of it.

The second part of the book is all about logotherapy, often talked about as if written for practitioners of psychotherapies. Nevertheless, there’s plenty of gold in the last few pages. I found myself agreeing with the author on the lack of focus and meaning in newer generations. This dangerous position often leads to lifestyle diseases such as sleeplessness, diabetes, and drug abuse. Logotherapy might be the thing that can help me better understand my own life’s purpose and meaning.

It’s safe to predict that this will be the best book I would read this year.