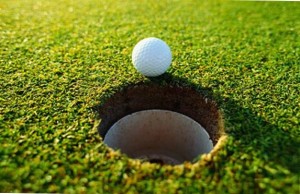 This micro-story was my first entry for a recent story writing contest at Accenture (results have yet to be declared). The contest was about writing a moral-supported tiny story based on a set of given pictures. I wrote mine around picture above, one of the six provided.

It’s a cheesy kids’ story with a happy ending. Oh yes, if you are wondering about golf in evening, well, it’s summers!

Prologue
A 12 year old Mihir had this bad habit of finishing his homework fast, never bothering about accuracy, to satisfy his mom, who wouldn’t allow him to go play with friends before homework was finished. Mihir followed a similar approach when preparing for tests.

I
One afternoon, he came home weeping. As he entered, he saw not only his mom at the dining table, but also his dad, who had come home early. His weeping became hard.

“Come here,” Dad called out from the table. Mihir slowly trotted to near his dad’s chair. Dad removed the sheet of paper from Mihir’s hand that he was hiding behind his back.

“Six out of twenty, in Maths,” Dad announced. He looked at Mom, who defensively added “I keep on telling him to study more carefully. This is what happens”¦” She was interrupted as Dad gestured to calm the angry Mom. Dad turned to Mihir.

“Do you want to come along for golf in the evening?”

II
At the golf course, Mihir carried around his Dad’s kit to fulfill his caddie duties. Spotting a good location, his Dad halted. He grounded the tee, placed the ball, and swung his club. The ball landed near the 1st hole. Mihir followed his Dad to the hole and watched him carelessly putt the ball, which overshot the hole by a good margin.

Dad went to the ball, took his time to aim carefully, and, this time, hit it gently along the green. Mihir watched it drop into the hole.

“Yay! You did it, Dad!” exclaimed a cheery Mihir.

“Do you know why the ball went right into the hole this time around?”

“Why, you played more carefully.”

“Exactly! And this is how you can improve your test results too”¦” Dad continued to explain to Mihir how he was not aiming right and driving his studies hastily. Mihir listened to his father inquisitively and promised to apply the lesson learned.

Epilogue
In his next Math test, Mihir got 15 out of 20, his all-time best.

1 thought on “Mihir Learns to Golf”