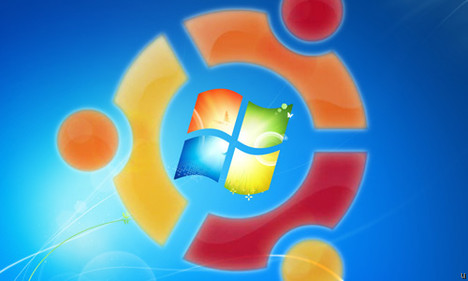 I keep hearing people say, “I am happy with my Windows; don’t want to switch to an alien OS such as Linux.” And, “Hey, this Linux thing looks cool. But I do not want to switch over to it suddenly (or at all) because my Windows just works.” Even, “I would really like to switch over to Linux, but don’t know how hard it is to make that shift (replacing Windows or dual-booting). And my X-Y-Z app works in Windows, and I’ve heard it doesn’t in Linux.”

Rubbish! Have you ever even tried to know that there existed such a thing as dual-booting? And how easy it is to set up dual-booting?

I have also heard promoters of Linux say, “Now that you know of all the benefits of Linux, it’s time you make the switch to it from your existing OS (Windows).” And, “So what’s holding you back, just make the switch today.” Some even go to such extremes, “You know, you are wasting your precious money on this crap OS (Windows), which first drains all your money and then keeps on crashing. Switch to Linux today, it’s free!”

Rubbish, again! You cannot force Linux down people’s throat just because of your own reasons.

Has anyone noticed how we use the word “switch” so often? Why do we have to *switch* to another OS just to try it out, or because someone told us to, or because it’s free, or because… whatever?

Actually, “We don’t.” To use (or try) Linux, there is always the nice option of dual-booting (yep, that’s the word) Windows with Linux. Or better yet, using Linux on a live CD/DVD/USB (or if you are a geek, you can try Linux through virtualization as well). This way, you’ll get a feel of the incredible OS Linux is, and on the same time not lose access to your favorite (it-just-works) OS (Windows).

That, actually, is the best first step to *switch* from Windows to Linux, if you really decide to later. And, not to mention, this is the best way to encourage users to use Linux.

After all, we cannot ignore the fact that despite getting competition from Linux and Mac since long, Windows still holds the largest piece of market share pie. So the current situation rather kind of demands having to dual-boot along with Windows, instead of instantly switching.

2 thoughts on “Why Switch? Dual-boot!”